Hong Kong would like to join the food truck trend. However, the government appears to be confused about how to handle the laws that would govern the food trucks. In the first place, Hong Kong has a vibrant street food industry and is one of the attractions of the city. Whenever someone comes to Hong Kong, it has become a must-do to try the street food.

According to Commerce Chief, Greg So Kam-leung, the idea of having food trucks in Hong Kong came from the Finance Secretary who appears to have been inspired by the Hollywood movie, Chef and has been met with opposition from restaurants and street food hawkers. On the other hand, there is a segment of the local population that supports the idea of having food trucks because it would elevate the standards of hygiene in street food. END_OF_DOCUMENT_TOKEN_TO_BE_REPLACED

Just like start-up restaurants, there are food trucks that flop and close shop. In Canada, Calgary city government has made major changes to its licensing rules that a number of food trucks have not been able to comply with. In the United States, many city authorities are also feeling the pressure from brick and mortar restaurants who complain of a considerable drop in their profits blaming food trucks for their losses.

Yet, many food truck owners are reporting robust sales and a friendly relationship with authorities. How then can it be reconciled for some food trucks to work tremendously well while others give up? END_OF_DOCUMENT_TOKEN_TO_BE_REPLACED 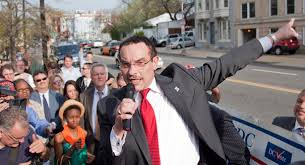 Mayor of DC, Vincent Gray has trained his eye on new food truck regulations that many food truck owners fear will be severely disadvantageous to them. The Food Truck Association has even gone so far as to say if the regulations are approved, it would drive them out of business.

According to the Mayor, the new regulations are focused on the more important aspect of public safety, not economics. However, food trucks in the DC area have been doing the city a big favor by offering locals and visitors a different slant on street food, not to mention the number of jobs the food trucks have been able to generate. In addition, the food trucks have aided the city in creating a more colorful ambiance for the city streets by becoming a new attraction. People on the go appreciate the fact that you can easily buy your food while touring or shopping – and many of the food choices are amazingly delicious.

Thus, food truck owners are begging the question, “Why try to fix something that doesn’t need fixing?” For some, the move of the mayor could be politically-motivated or part of the ingenious work of influential restaurant lobbyists.

The proposed regulations include granting sweeping powers to the District Department of Transportation (DDOT) to decide where food trucks can park and sell. There will also be a limit to the number of sites for food trucks which would increase the competition among food truck owners if not drive some of them out of business. The DDOT will also set up a Mobile Roadway Vending Association that will monitor the locations for food trucks and even disallow food trucks to sell across each other.  Many of the proposed locations will take the food trucks out of the streets where there are brick and mortar restaurants and high foot traffic streets like 21st and Virginia.

Finally, another proposed regulation is sketchy in that it disallows food trucks to sell in a section of a street that has less than 10 feet of “unobstructed sidewalk.” Unfortunately, the proposed rule does not specify what qualifies as an obstruction so it could be a phone booth, fire hydrant, and even a sidewalk street sign.

The plan of the Food Truck Association is to file a counter proposal to address the concerns of the mayor’s office while allowing them to continue to do business.